Message from top management of UTokyo

Fostering young leaders at the University of Tokyo 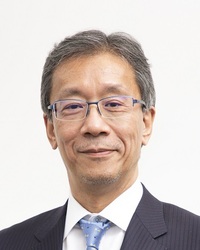 The recent global COVID-19 pandemic triggered major changes in social and economic conditions and their premises, where the importance of the role of universities is increasing. I hope everyone studying at the University of Tokyo will grow into a leader who plays a creative role in addressing the major issues confronting all humanity in various fields at home or abroad. Leaders tackling global challenges need to have not just a high level of expertise and excellent leadership skills, but also a deep understanding of diversity and inclusion in order to realize a world where no one is left behind while cooperating closely with people holding different values. Outstanding leadership, furthermore, requires us to cultivate the practical ability to apply what we have learned to solving actual social issues, and the commitment to life-long learning to become responsive to rapidly changing skill requirements. To foster these competences in students, the University of Tokyo operates this Global Leadership Program (GLP) with the strong support from and collaboration with various industries. I hope that many of our students will join this challenging program, aspiring to shoulder roles of important responsibility on a global stage.
Professor Teruo FUJII, President, The University of Tokyo

For all students who think you've studied enough 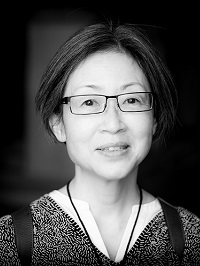 Let me introduce you to the University of Tokyo's GLP-GEfIL, a program to develop leaders in the international community.
What does the program look like?
I believe that leaders are not people who know the answers, but people who discover new questions.
In this program, you are expected to discover new issues and formulate questions on your own. In addition, the language of study is English. Using English, you will encounter new people and different views, and will be encouraged to think about innovation by challenging the norms in your daily lives. You are also asked to study abroad, albeit short-term, in order to question the "status quo at UTokyo".
Moreover, since the program is designed for a small number of students, you are most likely to meet lifelong friends and build valuable professional networks.
In other words, I believe that the GLP-GEfIL is a program that turns knowledge into energy. Those of you at the University of Tokyo who want to bring innovation to Japanese society and to the world, I sincerely welcome you to the program.
Professor Kaori HAYASHI, Executive Vice President, The University of Tokyo

Find what you wish to study on your own 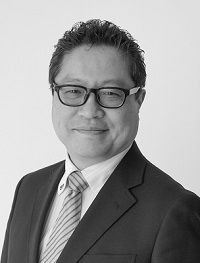 The University of Tokyo is an institution of higher learning that offers opportunities to develop your future. 'Todai' has enjoyed trust and influence that cannot be neglected in Japanese society. This is both a blessing and curse, because some of our alumni has chosen to follow a life making use of the 'Todai' name, without developing their potential into reality. Quite a pity.
What, then, should be done? We all need to develop our skill and power irrespective of the name of a university. One way to achieve this goal is to put oneself in an environment where one cannot support oneself merely by depending on the 'UTokyo' name and the Japanese language.
GLP-GEfIL is a special educational program run by UTokyo for undergraduate students. Participants are offered opportunities to join two intensive programs in world renowned institutions. All classes are conducted in English.
This is not a cook-book course; the purpose is not to push information into your minds, and all students must find what they wish to study on their own.
All these are devices that, by taking away the luxury of 'Todai' and the local language, aim to extract as much as possible from the untapped wealth of your potential. Go for it!
Professor Kiichi FUJIWARA, GLP Director

Becoming more than a ‘Todai student’ 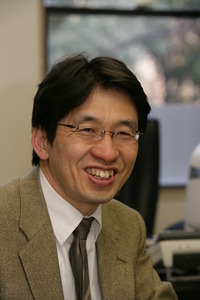 Recently, I read the notes of the Todai student Kanba Michiko, who was active in the Anti-Security Treaty Protest Movement in the 1960s and was killed in the clashes with the riot police, when the protesters attempted to storm the Diet. After she had passed the entrance exams, she listed in her notebook the things she wanted to do upon entering UTokyo: “English conversation; learn to type; calligraphy; study Chinese, philosophy, debating, join a reading group and boat club, and treat mother to a nice dinner …” She also listed what she did not want to do, namely “to adopt a Todai student identity”. It is normal, I should think, that the number of things one wants to do, increases tremendously as soon as one is freed from the pressures of cramming for the entrance exams. However, the very first item Kanba lists as ‘don’t want to’ is “assume the identity of a Todai student.” That was probably also my strong feeling, when I entered UTokyo in the 1970s and perhaps, there are many Todai students today who share that feeling. Rejecting the identity of ‘Todai student’ does not mean, of course, to dislike the University of Tokyo. Rather, it expresses the will to make something more of oneself and not to content oneself simply with the reputation of being a ‘Todai student.’ This desire to become something more might have expressed itself in fighting ‘the system’ or in striving to excel in fields outside of classes such as sports, music or theatre. Nowadays, however, precisely because academic authority has been shaken severely, the best way for a UTokyo student to surpass the ‘Todai student’ reputation is, paradoxically, by pursuing academic study and research to break through frames of established thinking, to act globally and thereby, to gain the ‘freedom’ of speaking out. So the Global Leadership Education program of the University of Tokyo is not designed merely to improve students’ practical English skills. We have created a program that enables UTokyo students to apply the leverage of the ‘global,’ in order to crack open the shell of ‘Todai student’ and rise to surpass that identity. We thus hope that all of you, UTokyo students, who do not content yourselves with having emerged as ‘winners’ from the Todai entrance exam competition, will participate in our GEfIL program.
Professor Shunya YOSHIMI, GLP Vice Director (in charge of Public Affairs)

Prof.Nicola LISCUTIN, the Center for the Development of Global Leadership Education

You are studying at UTokyo, the No. 1 University in Japan and Asia, and one of the top-level universities in the world. By gaining access to UTokyo, you already have proven that you are extremely smart and ambitious. You are at the beginning – or perhaps already on the road - of an exciting journey: the journey to grow and empower yourself, to realize your dreams and ambitions, and to become the inspiring leaders of the future, which our world so desperately needs.
Some of you may already have a clear idea of your future career, while some of you might still be searching for a goal to pursue. Some of you may already have lived and/or studied abroad, while some of you did not yet have that opportunity but would like to try it out.
We believe that with the right support and challenges (!), you can realize your dreams and ambitions, and can become the global change-makers and leaders of tomorrow. That is why we created the GEfIL program for you: GEfIL offers you a unique combination of courses taught in English and supervised by world-famous UTokyo academics. GEfIL is designed to equip you with the competencies and all the skills necessary to act effectively as creative, knowledgeable, and responsible players on the global stage.
As the GLP-GEfIL Program Director – and passionate about inspirational education – I am here to support all GEfIL students, provide you with guidance and feedback, help you with your summer/winter program applications, and supervise a couple of the GEfIL courses.
Professor Nicola LISCUTN, GLP Vice Director (in charge of Education)