Students define and plan their own research projects within these fields. They are supervised by GLP and subject-specific mentors as well as by postgraduate teaching fellows. Interdisciplinary brainstorming sessions, special workshops and seminars with renowned guest speakers provide students with the opportunity to foster innovative thinking and test the practicability of their ideas. At the end of the year, students will give a (public) presentation of their projects and research outcomes.

The main aim of PHASE1 is to provide students with interdisciplinary/transdisciplinary research skills, communication and presentation skills in English as well as team-working competencies. Students will need a good grasp of these skills, when embarking on their own research projects in PHASE2.
To this end, PHASE1 employs a project-based, single focus, “scaffolded” learning approach: Based on the ‘global issue’ interests that students mentioned in their GEfIL application forms, a large-scale scenario (case study) has been prepared, which will form the framework for students’ research projects.
Since the complexity of global issues usually demands collaboration between experts of diverse knowledge- and value-backgrounds, the research projects of PHASE1 will be carried out in interdisciplinary teams of students with similar interests but from different disciplines. Both as a team and individually, students will experience what it means to conduct ‘real’ research from the planning stages to the presentation of their findings. Each team will research, and propose solutions for, certain aspects of the set scenario, debate their ideas with other teams, explore meaningful collaborations, and consider the interests (and comments) of various experts and ‘stakeholders.’ Through this process, students will gain knowledge and experience in agenda setting, design and implementation of action and research plans, effective interdisciplinary teamwork, discussion and presentation skills.

The course is organized along two entwined strands:
1. a series of basic questions found frequently in transdisciplinary research projects and
2. a sequence of research skills students will acquire through structured tasks. 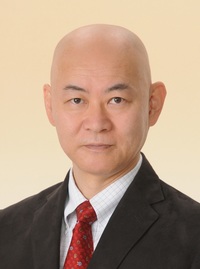 ~Class Outline~
Various health issues occur in every region of the world, but for this Global Health thematic field, we shall focus on developing countries. Unlike developed countries, many developing countries are unable to take measures for the control and prevention of diseases. They cannot protect lives. Thus, while the average life expectancy in Japan in 2016 was 84 years, in Sierra Leone in Africa it was only 50 years. What are the causes for this gap in life expectancy? Poverty, insufficient education, political instability, that is, social and political factors other than healthcare are also creating such disparities. One may feel anger at these unforgivable disparities in health, yet it is the mission of Global Health to calmly work on ways of correcting them. Not only diseases are threatening people’s lives. People in developing countries, in particular, are subjected to many threats such as disasters, armed conflicts, etc. One important first step in overcoming these challenges is to save people’s lives first and then, promoting their health and wellbeing. To protect the safety of individuals and communities living under such threats, not just from disease, are also the goals of human security, which emphasizes three freedoms: freedoms from fear, from want, and to live in dignity. In the ‘Global Health’ thematic field, we shall first come to grips with the actual circumstances of the disparities in global health. Secondly, we will examine the health disparities between specific groups such as migrants and non-migrants and then figure out ways to tackle these disparities by taking multifaceted approaches. Finally, we shall consider the values pursued beyond health: What are the goals when promoting health? 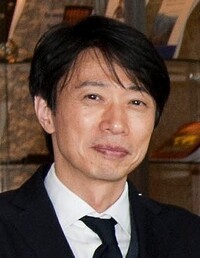 As exemplified by the ongoing COVID-19 pandemic and the war in Ukraine, children are vulnerable, and most susceptible to deprivation and marginalization. At the same time, children are agentic, entitled to improved well-being of themselves and the overall society. Hence, as reflected in the United Nations Convention on the Rights of the Child (UNCRC), their rights comprise both protection and participation.
The UNCRC was unanimously adopted by the United Nations General Assembly in 1989 and has been ratified by all the member states except the United States. As an international agreement, the convention requires states to be fully committed to the realization of children’s economic, political, and cultural rights based on the principles of non-discrimination, best interests of the child, inherent right to life, survival and development, and the right to have her or his views respected.
Despite the improvements made in areas such as care, health, education, and juvenile justice, children’s rights are yet to be realized across the globe. Japan too is not an exception in this regard, characterized by obstacles to the realization of children’s rights, including poverty, bullying, and discrimination based on gender, ability, race, and nationality. Thus, children’s rights constitute a global and local issue that warrants an interdisciplinary approach.
This thematic group aims to explore the challenges and opportunities for advancing children’s rights both in the global and local contexts, with a particular focus on their educational rights. The scholarship considers that children’s educational rights include the right to education (e.g., equal access), right in education (e.g., non-discrimination, protection from violence and abuse, participation), and the right through education (e.g., endorsing respect for human rights and freedom). In this group, you will participate in expert lectures, read the relevant literature, discuss in groups, research a chosen topic, and present your findings and proposals for further improving children’s rights. 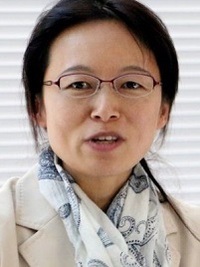 ~Class Outline~
Some decades have passed since the idea of peacebuilding was suggested at the United Nations (UN). This thematic group will deal with peacebuilding as a comprehensive effort to build sustainable peace.

Sustainable peace has mainly two elements: that the risk of an armed conflict lapsing, or relapsing is minimalized; and that institutions and their capacity is built to resort to peaceful means to resolve disputes. In this course, students will analyze what sustainable peace entails, examine actual and possible reasons for armed conflicts - international and non-international, consider how to prevent the occurrence or recurrence of an armed conflict, and think about the relationship among human rights, development, and peace. In that process, students will be invited to pay a particular attention to the place of human rights and justice. Through practical research, students will gain a deeper and practical understanding of issues including 1) armed conflicts and volatile situations in the world, 2) human rights and sustainable peace, 3) justice, accountability, and sustainable peace, 4)structural violence, 5) gender, 6) Peace Operations, 7) refugees and migration, 8) development aid, 9) security sector, 10) local ownership, and 11) global governance and peacebuilding.

This year, the topic in focus of this course is transitional justice in Timor-Leste, but students can choose a specific area or topic of peacebuilding to research, to come up with their own analyses and suggestions. 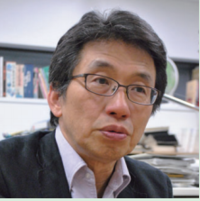 Nowadays, our planet appears covered by a mesh of cities. Through mobile devices, automobiles, fashion, music, or eating habits, the "global city" seems to overlap largely with the notion of "global society". Actually, however, it is a little different. Cities are, first of all, dense congregations of people, where encounters of diversity take place. With the city as their stage, people of different cultural backgrounds connect and confer. Secondly, cities are concrete places composed of material buildings, roads, plazas, and vehicles. Urban planning and the city’s geographical structure thus condition all happenings in the city. Third, each city has its unique history, which shapes the individual cultural character of a city. Understanding the global city means to think about the concrete locale of a specific city that has developed as a gathering of diverse people, who are connected globally. That concrete city can be anywhere. Let's focus on the downtown area of the global city you are interested in. Using the developmental direction central Tokyo should take beyond the 2020 Olympic Games as a lens, we shall examine by comparison issues such as redevelopment, gentrification, cultural trends, the new creative and information industries, crime, and entertainment areas, old shopping streets and slow mobility and so forth.